At a recent book launch, a fellow writer tried to convince me that as a film critic I had a duty to warn people about movies that should be banned.

“What was your favorite movie when you were growing up?” I asked him. “One that you made sure your children and grandchildren got to see.”

He thought for a moment before answering. “The Wizard of Oz. I always liked that movie.”

I asked others around the table the same question.

“Willy Wonka and the Chocolate Factory—the one with Gene Wilder,” said the children’s book illustrator.

“Bambi, “ said the biographer. “I still remember how I cried when Bambi’s mother got killed.”

“I remember how upset I was when the hero got killed in The Princess Bride, laughed the travel writer.

The romance novelist chimed in. “For me, the scariest moment in a movie was when the little girl got attacked in To Kill a Mockingbird.” 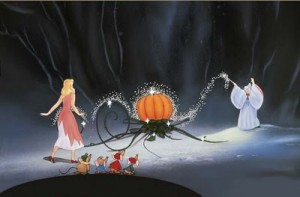 THE WIZARD OF OZ (1939) —Lauded by CBS as “the most watched movie of all time,” it is still banned in some libraries and schools because it portrays both a good witch and a bad witch, and thereby promotes “the religion of Wicca or witchcraft.” During the McCarthy anti-Communist era, the L. Frank Baum’s OZ books were removed from thousands of libraries because the Land of OZ was said to have a “Marxist government.”

WILLY WONKA AND THE CHOCOLATE FACTORY (1971)—Is based on the book by Roald Dahl, which a Boulder, Colorado librarian placed in a locked case with other books available only by “special request.” The librarian said the book “espouses a poor philosophy of life.”

BAMBI (1942)—Felix Salten’s seemingly simple story of animals in a forest was banned by the Nazis, who claimed the Jewish author had written an allegorical tale of the Third Reich. Walt Disney chose to make the film during WWII partly because he was offered financing by investors who liked the movie’s anti-Nazi message.

THE PRINCESS BRIDE (1987)—Celebrating it’s 25th anniversary, this delightful tongue-in-cheek fable written by William Goldman and directed by Rob nbso online casino reviews Reiner was never shown in theaters that followed the recommendations of the Italian Anti-Defamation League. The group was upset by Wallace Shawns’s portrayal of a super-intelligent kidnapper who challenges the hero to a battle of wits over which poisoned wine goblet to drink. When he makes his choice, Shawn says, “Never go up against a Sicilian when death is on the line.” Anyone who skipped the movie because of that scene missed two hours of great storytelling.

TO KILL A MOCKINGBIRD *(1962)—The Academy-Award winning screenplay by Horton Foote from Harper Lee’s novel, and the Best Actor Oscar for Gregory Peck help make this story of courage in a small southern town an outstanding film. The book and movie were banned in some communities because they use the word “nigger”—even though the word is used in the context of a father teaching his young daughter what a hateful term it is.

THE ADVENTURES OF SHERLOCK HOLMES (1939) SHERLOCK HOLMES* (2009)—It doesn’t matter if you prefer Arthur Conan Doyle’s detective as portrayed in classic black and white with Basil Rathbone as Holmes and Nigel Bruce as Watson, or in action-filled color with Robert Downey Jr. as the detective and Jude Law as the doctor, books about the famous duo have been removed from high school reading lists because Holmes injects cocaine to “sharpen his powers of intellect. The USSR banned all of Conan Doyles works for over fifty years because of his repeated references to occultism and spiritualism.

CINDERELLA (1950)—How can Disney’s cute little mice and “Bibbidy-Bobbidy-Boo” be banned? In 1983, a district judge ruled that parents had the right to ask school districts to excuse their children from seeing the film based on religious grounds. The parents claimed the film could “indoctrinate the children with secular humanist beliefs.”

THE GRAPES OF WRATH* (1940) Director John Ford and actors Henry Fonda and Jane Darwell made a poem of a film from John Steinbeck’s novel. With its unforgettable characterizations of dust bowl migrant farmers, the story was banned from movie houses after a call for a boycott of all 20th Century Fox film. s The Association of Farmers of California objected to migrant famer workers  being portrayed as human beings worthy of respect. Stalin banned the move in the USSR because it showed even the poorest Americans could afford a car.

GOLDFINGER* (1964) Sean Connery is superb in the best of the James Bond films, but you can’t watch it in Israel. Gert Frobe, the actor who plays the villainous title character who robs Fort Knox, was a Nazi during WWII, and all his films are banned in the Jewish state.

THE HARRY POTTER MOVIES (2002-2011) It doesn’t matter which of the eight films in this series you choose (although my favorite is 2004’s Harry Potter and the Prisoner of Azkaban because I like Alfonso Cuaron’s direction), in September, the American Library Association declared that J.K Rowling’s Harry Potter novels are “the most banned books in America” because of their positive portrayal of magic and witchcraft.

FARENHEIT 451* (1966) Based upon Ray Bradbury’s futuristic novel where a fireman’s primary job is to find and burn books, this film isn’t as good as the others listed above, but the subject matter is right on target. When the novel was distributed at one Southern California junior high, the students received copies with numerous “inappropriate” words blacked out with markers.

* best for junior high and older